Dramaxima
Articles Faysal Qureshi’s Temper Goes Out Of Control In The Live Show!

Faysal Qureshi is a renowned name in the Pakistan Showbiz Industry who has given number of blockbuster dramas. Moreover, the superstar is giving another mega hit drama which on airs by the name ÒFitoorÓ. Faysal has also gathered a lot of praises for hosting morning shows as well. Currently, he has switched to BOL TV network for a hosting a game show “Khush Raho Pakistan” 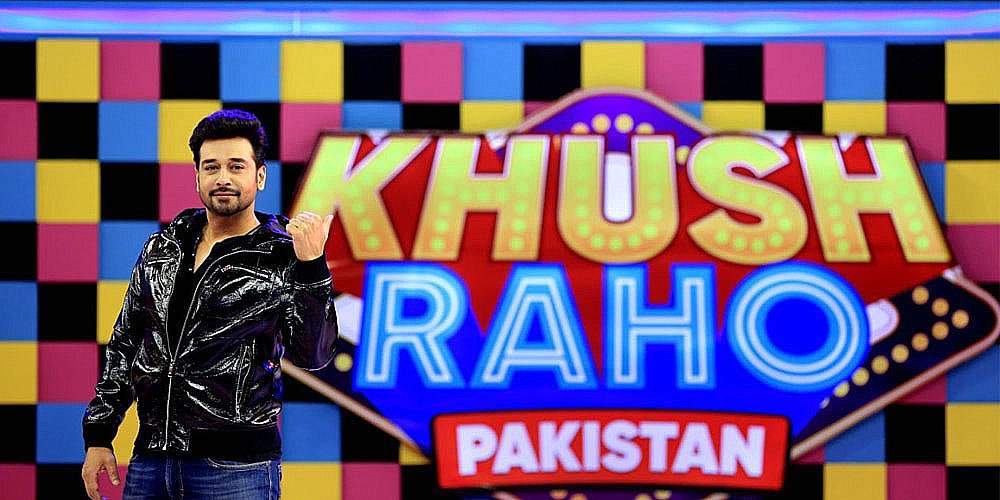 The show is very much famous as it honors different social media stars on its platform. Yesterday, in the show, a thing happened which was not acceptable to Faysal Qureshi for even a second. The video has gone viral now as Faysal’s temper is the talk of the town. He lost his cool when he invited two social media stars on stage to wish them birthday, and one of their friends started hitting other birthday boy live on stage as fun. This made Faysal very angry, and he started shouting live on the girl who was hitting the birthday boy. He even left the floor in anger. 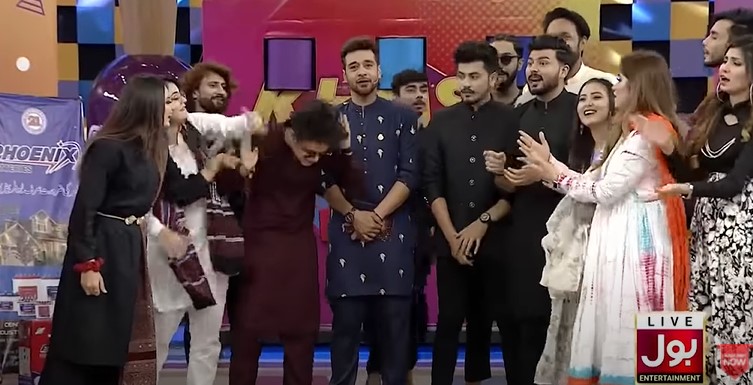 Is Faysal Qureshi’s temper justifiable? Most of the people think he reacted way too much. What is your take on it? What do you think? Let us know in the comment section box!